WALT: Add and subtract decimals.
In Maths Teacher lesson this week, I learnt the place values of a decimal. For example; 26.5837, the number 8 is in the hundredths. I know this because it is two numbers away from the point and there is two zero's in hundreds. This is how I see which of the place value is the number in.
Posted by Talita at 17:42 No comments:

If I had a Million Dollars at the Mall

A million dollars is a lot of money for the mall. So I would have to spend it wisely but still have fun! It would take me a while to go shopping because when it comes to shopping and money, I am not so good unless I have a list, which I do. 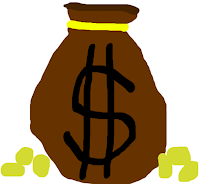 If had my million dollars and I had to go to toy world to spend it, there would be a list of things I would buy. I would buy loads of nerf guns so that I can have a nerf war with my sisters, brother and cousins. Another toy that I would buy, is the red hover toy, the reason why I would get this toy is so I can have something to do outside. My top fifth toy that I want, would be a big stuffed fluffy toy, I would get this because I have always wanted a big stuffed toy and I don’t know why.

If had my million dollars and I had to spend it at footlocker, I would buy shoes of course. The shoes that I would like are running shoes that are either light blue, light gray with darker blue outsides and black shoes with a white tick. The reason why I would like to have these shoes is because it would be fantastic to have fancy sports shoes and sports shoes are one of the only shoes I wear. Another sort of shoes I would get is long lasting jandals and sandals. The reason why I would like jandals and sandals, is so that I can have something to wear in summer because most of my old pairs did not last for a long time.

Supposing that I had my million dollars and the place I had to spend it at is the food court in this mall. I would get a milkshake and some fish and chip, I would get these two foods because I have test tasted them before and loved them both. If they all ran out, my second choice would be butter chicken or sushi. The reason why I would pick these two kinds of foods, is because they are two foods that are on my top ten of my favourite foods. 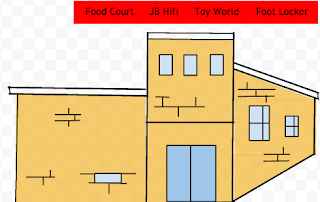 If I really did have a million dollars and I had to spend my money at JB Hifi, there is a few things on my list I would get. My first and second things I would get is a tablet and a phone. Reasons why I would get these two things are because, I need a phone for when I get lost or if I go somewhere and need to keep in touch and tablets are awesome and I can play games, message people and other things to, just like on phones. Other things that I would get are movies, a laptop, long lasting earphones and headphones. I would get these things so I can watch movies with only me, myself and I. When inside out comes out on DVD, I can buy it and watch it with me and me only.

A phone and all would be awesome, however I need to think to myself, am I being responsible or am I just being silly. If I really had a million dollars, I would buy the groceries and pay the bills for my family. One other thing that I would do is to give some money to some charities. I would also catch a plane to different countries that are suffering, and give some food, water, clothes and other things that they need.
In Writing this week we had to write if we had a million dollars at the mall, we had to think selfish. I have learnt how to improve my writing. For example; 'I walked to the shop so happy', I can change this sentence to something way better. 'I skipped down the road to go to the shop, I was very happy then'. As you can see, I have made this better by putting more interesting words in and putting in more words.
Posted by Talita at 19:26 No comments:

Today, I have reached my goal for 2048. If you do not know what this game is, click here. I was bored so I spent a few mintues and then I saw that I could make 2048! So I did and I was so happy. This is what it looked like in the end. 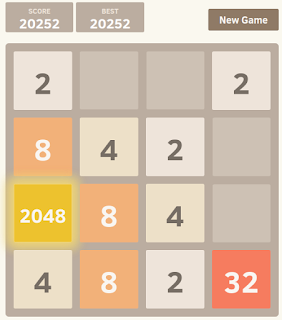 I hope that I can get better when I am bored and get better. I think that I could probably get 4096. I don't know if I am good enough though.

WALT: Write effect paragraphs on your own about the term.

Sadly the term has come to an end. There is only half a day left and I will try and spend it well. This term has been crazy, first I have to do two animations, then next thing I know I have a broken leg. Then I have to finish two projects, one in the Maker Space and the other in our literacy class. It has been crazy, but I have learnt a lot, in class and at home. 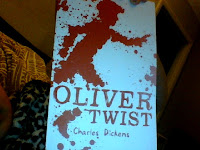 The good news is that I have got a new Duffy book! Duffy is a reading company for schools and other places like that. I got the book called Oliver Twist written by Charles Dickens. I look forward to reading it during the holidays, because I will have something to do. It is very long and I am a slow reader, so I think I will be reading it for a while, a long while.


This term has come to an end. But there is always next term. There is also the boring holiday for me because I have a broken leg, so I can't do much. I will try to read my book during the holidays and get half way though it. The link to 'Charles Dickens', it might not be the same person.
Posted by Talita at 21:11 No comments:

WALT:Make our own board game.

For the last few weeks, we have been working on making our on board game with our reading group. My reading group is called Paua Shells and we made a basketball board game. We all had a role to do like writing the cards and the rules, I am happy that it turned out good in the end. When we played this game, we all were confused until the second round and then it was all good but a bit noisy. Three of our reading groups played their game once, then we rotated and played somebody else's game. Click Rules to see the rules of our game. 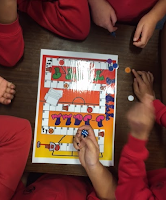 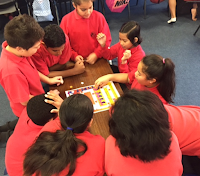 For a few weeks, we have been working hard to create this game. Some of us spent some of our lunch times, in class finishing it off. I think it turned out as a great board game. I look forward to playing it next term!
Posted by Talita at 10:38 No comments:

WALT:Use fractions to solve the problem.

Talofa lava, my name is Talita and I am a year 8 in Room 3. This year will be my last year at Pt England. It seems sad but then I think about all the things I can achieve in 2017. Last year I was chosen to be a Prefect for this year. My goal for 2017 is to be the best Prefect that I can be.

In the summer I like to play cricket and netball in the Winter. Most Summer holidays, my family and I like to go down to a place called Tairua. There are a bunch of beaches near Tairua which is superb since I love to swim. Thank you for visiting my blog.

Who is visiting this blog?